What I Miss Most
About Being In Prison 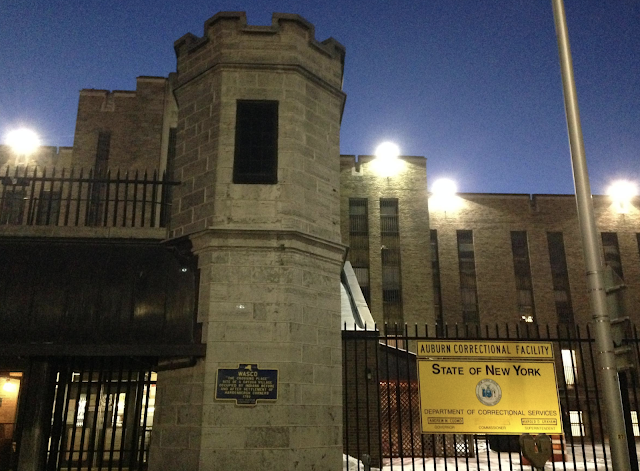 Five years and one month ago I walked out of the maximum security state prison in Auburn NY a free man. That was one of the happiest days of my life. After 13 years working in that dreadful place, I never expected that I would ever miss anything about it. But I have to admit now that there is one thing I do miss.

I never really wanted the job, but I needed the job. I was at a real low point in my life. I had lost my life savings (every bit of it!) in an entrepreneurial venture that failed miserably. I had a family to support. I was depressed. My old friend, Jerry, who worked in the prison industry at Auburn, helped me get the job. I thank God for Jerry.

When it became evident that I was going to actually get the job, I called Jerry to ask him what it was like to work in there. Is it dangerous? Are you scared? What exactly do you do all day? I had a lot of questions.

One of the things Jerry told me was that his job as an Industrial Training Supervisor (the same position I would have) was sometimes boring. He revealed that there is a lot of time with nothing to do. When he said that, I asked him if I would have time to write, and I'll never forget his answer...

"Herrick, you will have enough time to write the Great American Novel with this job."

Well, he was right about that. The responsibilities of my prison job could be taken care of every day, and there would usually be hours of free time that I could sit and write. Some days, if there was a lockdown, I had entire days to sit and write. And, occasionally, there would be week-long lockdowns. "Doing time" doesn't just apply to incarcerated criminals. It applies to employees too.

I never wrote The Great American Novel in prison, but I wrote a half dozen books that I self-published. The Whizbang Plucker Plan Book was first.

That book, and the ones that followed, were written longhand in prison, then typed out at home after work, and printed. I would bring the print-outs to work and edit, and re-edit. I always had folded sheets of paper—works in progress—in my pockets when I was at  the prison job. I also had time to just stare out the window and think about ideas and concepts related to my writing projects.

But I didn't just write books in prison with my free time. I also wrote my blog, The Deliberate Agrarian. I put thousands of hours of time into writing that blog while in prison. When I go back and read some of those Deliberate Agrarian essays now, I am amazed at what I did. Unfortunately, I do not have the free time to do that sort of writing now. Not hardly.

There is irony in this story. It was the prison job that allowed me the time to be contemplative, and to write books that eventually, through their sales, helped me to build up a modestly successful home-based mail order business. And that business was what allowed me to eventually escape from the prison job I disliked so much.

While the typical state employee sticks it out for at least 20 years to get the best pension, I did not do that. I left when it was clear to me that my mail-order business could pay the bills. It was the realization of a lifetime dream for me.

There is a significant spiritual aspect to this story. Suffice it to say that God, in His providential orchestrations, directed me into that prison job for purposes which I still don't fully understand, and probably never will. But one of the things He gave me in that job was time, and I took full advantage of that time by writing. And God blessed my efforts. I am so thankful for that.

So it is that, after 5 years and one month of freedom from prison, I have no regrets about leaving that place. But I sure do miss the time. I don't think I will ever have the time again to be so productive with my writing.

Nevertheless, I believe that I was put on this earth, in part, to write. There is an inborn urge to share thoughts and ideas with others through the written word. That is why I have now launched The Deliberate Agrarian 2.0.

My hope is that I can continue to present my thoughts and interests, and that others will find value in them, even if they lack the depth of my previous prison writings.

Time will tell, and I thank you all for rejoining me in this new journey.